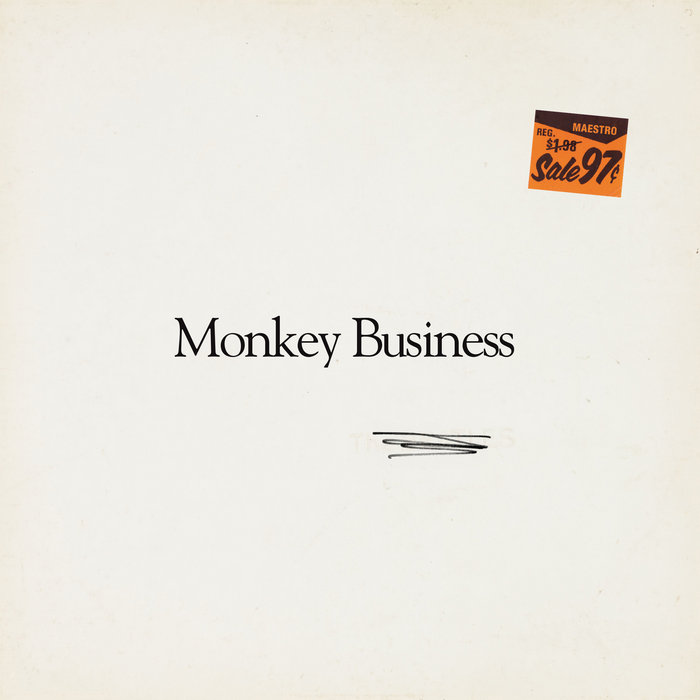 It’s been 30 minutes now or so that the Franco-Scottish trio Maestro have been on stage depicting all the shades of mourning times, waves of reconciliation, reassurance and anger. Their second ambum “Monkey Business” is an attempt to understand why these things happen to us over and over. Why can Love be so cold-hearted and why does the Harmony between two people run dry? An ever-recurring question, when and why these cracks happen? When do two humans become strangers all of a sudden?
Since no one has found an answer yet, do we have to scream and create music and words?
No, well, not everyone should. But there’s no doubt this band can and wants to. So we are all here staring at Maestro and by the end of the show there’s a dance that seems to have been present from the beginning. Still following me?
Suddenly all the rage makes sense because good old England has invented an angry idea that is called Pop.
Tonight Maestro are navigating through the oddest extremes of Pop with a punk deviance. From off-kilter arabic synth riffs (“Should I”), to an unexpected perverted quirky trap (“Dirty Bitch”). It’s not surprising the Scottish man is in charge of the words and singing - even if Scotland was about to leave this old England... They are cooking a similar soup, but this is not the same old cup of tea folks...
Maestro are sucking the blood of a vivid European vein, shamelessly classical but at the same time redefining conventional structures (like on the baroque song “Skyman” and its detached whisperings, “...shit happens...”). Within the experimental sophisticated arrangements lie some of the sweetest melodies (“Sweet Talk”, “K.I.M”...), and I’m now having a lonesome spine-tickling moment thanks to the climatic waltz “Yes Today”. Yes, I can tell from my personal experience here, after I have been left broken into pieces, destroyed and disappointed by a loved one - or was it a loved one? I don’t know anymore?? - there is, there will be reconciliation with the world.
   TIGERSUSHI RECORDS 4 RUE EMILE BLEMONT HALL 18, PARIS 75018 France WWW.TIGERSUSHI.COM
 Maestro are direct, sharp and acidic, barbaric and virtuoso, their music is ultimately enlightened by a magical combination of electronic textures present within their driven, pure and provocative music.But their deconstructed sound, just on the right side of the Mountains of Madness, never loses its harmonic motive.
Here and there broken hymns appear and peel themselves out of 30 years of club history.
Here, from the audience, it feels like there is a certain necessity for mass hysteria in this music, because we also spent long nights listening to
records and we are quite familiar with out of this darkness, don’t you? I do.
“Don’t be afraid to close your eyes” :
abandon us at the end of the album and
The next morning we say Yes Today again, and regroup ourselves to get over it.
Let’s hope Maestro carry their genius sound and attitude all over France and beyond. We shall see them as quite a force in the year to come.
In Harmony.

MARKIE - determinedly low-key in his appearance

FREDDO - a keyboardist that never looks at

TONIO - as manic as a subtle drummer

Monkey Business was recorded in Studio Mechant in Paris It’s all written and performed by Maestro. Carefully mixed by Joakim and Maestro. Mastering by Chab.

Bandcamp Daily  your guide to the world of Bandcamp